During the second week of October our class 6A took part in a Lilac English week with Lauren from Manchester, Thomas from San Francisco and Liam from Port Macquarie, Australia. Over the course of the week we covered many interesting topics. With Lauren we learned about the Brexit and tried to understand the British people’s perspective on the topic. We also learned about the influences of many different ethnic groups that exist within today’s British culture. Lauren is a beautiful person and made it easy as she was always full of positive vibes. 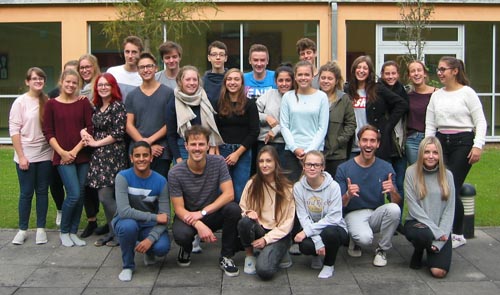 All three teachers were such nice and open-minded people with whom it was just wonderful to talk. With Liam we discovered a brief history of "Cool" which was very "Itutu". We discussed fate by taking an interesting look back at what could have been. We also learned that we all have had embarrassing and ridiculous situations happen to us and that we should find them at least entertaining. There was no stress and even the subjects that we normally think of as boring were actually fun as we had the whole week to cover each of our core subjects from different perspectives.

With Thomas we covered the Blue Planet, U.S elections and took a look into our solar system. Thomas is incredibly intelligent, funny and a very likeable guy who, just like Lauren and Liam, supported our personalities and was interested in what we had to say in each of our classes.

All in all, the week was a lot of fun. All three teachers made us feel much more confident about not only speaking but also writing and understanding English.